A “Bug” in my Software

As a beer drinker, I’ve discovered Home Brewing over the past couple of years.  As a hardware hacker I needed to combine my love for beer with my love for hardware.

After finding out how much of PITA it is to bottle my home brew, being the lazy I’ve gotten into Kegging and have this awesome kegerator. 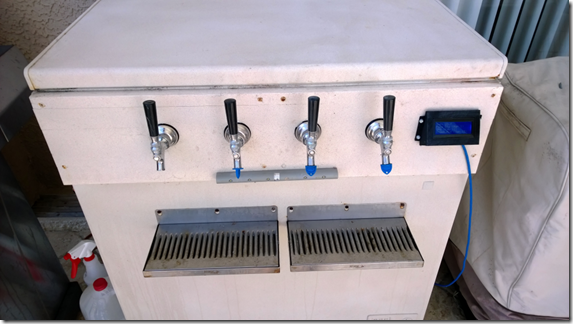 As an hardware/software engineer I couldn’t resist the urge to create little board to control the temperature of my kegerator. 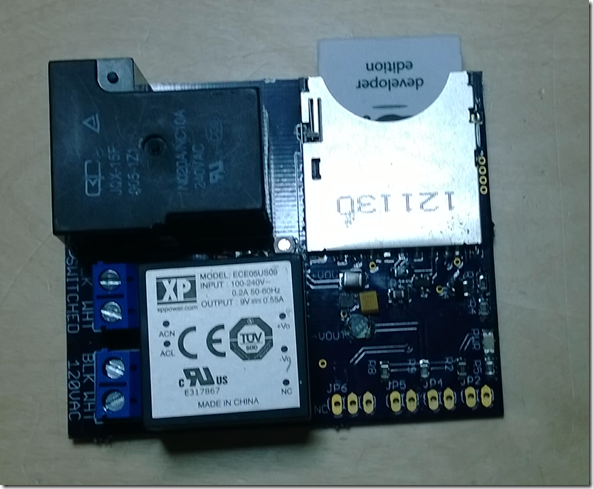 In case anyone cares about the board…the two blue terminals on the left take in 120VAC on one set.  The other set provides switched 120VAC to control the compressor and thus the temperature on the kegerator.  The white component directly to the right of the terminals is a 120VAC to 9V converter, the black box on top of it is a relay and the smarts on this board is an Electric Imp on the top right.  The little gold terminals at the bottom are where a thermostat is connected as well as a serial output for a display.  Contact me if anyone wants the eagle files, it’s actually pretty easy to assemble.

This board has a 4x20 LCD character display on it as shown in the picture below (inside a 3D printed case).  As you can see the display looks terrible, a considerable number of rows are no longer lighting. 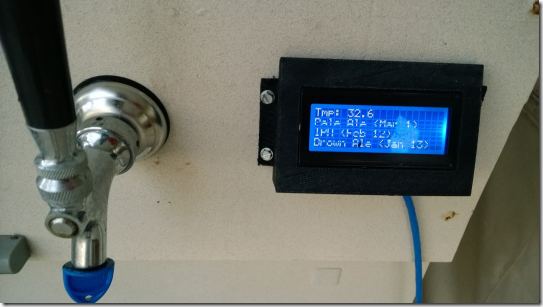 Upon closer examination, there is a “Bug” that somehow got into side the display and looks like it screwed it up :) poor guy… 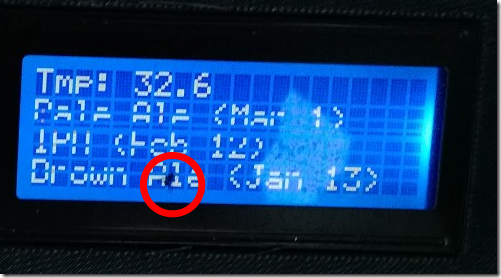