On Thursday June 24 DevFish (a.k.a. Joe Healy) and I packed up for a journey to visit John Dunagan and his totally awesome .NET developer group in Fort Myers/Naples Florida to do a Windows Phone 7 Garage meeting.  It turned out to be an _interesting_ trip to say the least.  Before the trip I tried to convince DevFish to stop off at Nervous Nellies a really nice watering hole on Fort Myers Beach.  This plea was unsuccessful (and the primary reason why were in time for our meeting) so we continued on down I75.  Somewhere AFTER we Daniels Parkway where we would have turned for Fort Myers Beach, my truck began pulling to the left, I pulled over and ended up with the following. 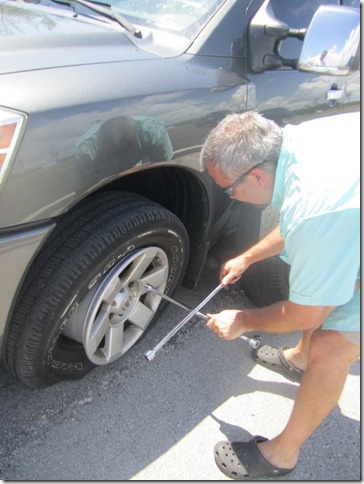 No problem, I figured, I’ve got a spare and the jack and tire iron that came with the truck, we’ll be fine.  Well no…when I bought the truck it had those little 1” high tires with sparkling chrome wheels…for any of you that know me, that just ain’t my style.  I had the dealer put back on the original tires, but they must have kept the other lug nuts.  The &(&(!$#$% tire iron didn’t fit the lug nuts on my truck.  Normally I keep a speed wrench and hydraulic jack in the bed of my truck, but the prior weekend I had hauled some stuff and cleaned it out, I put the spare back in but not my jack and tools.  Luckily a Road Ranger passed by and we were able to get his assistance with the right sized wrench. 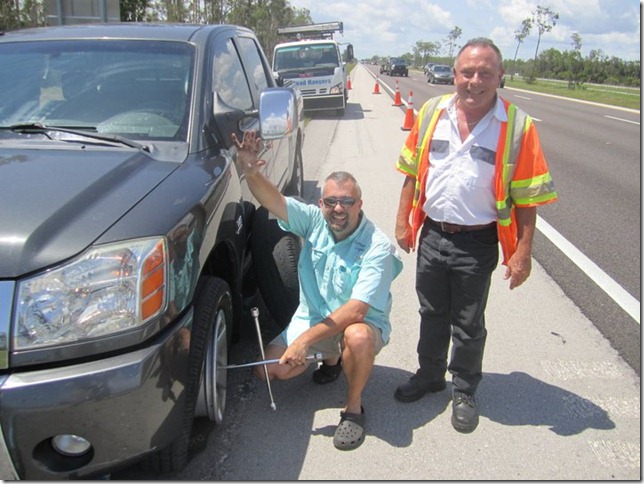 If you know DevFish at all, you know he just couldn’t let this folly go without giving me a hard time.  More on this later.

So here I am pushing my tire into WalMart to get a new one put on. 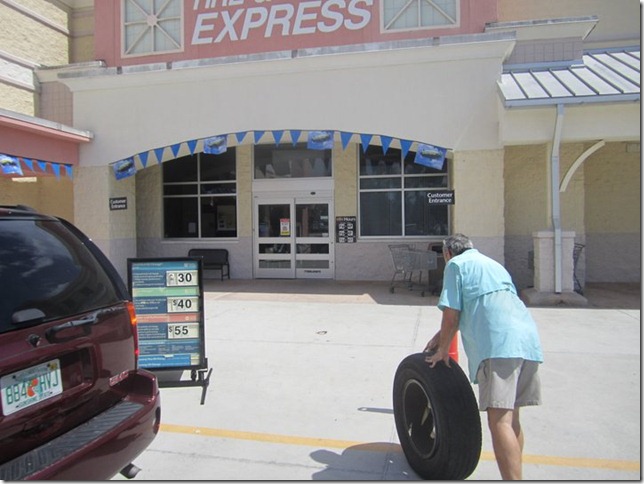 And here I am pushing it back out, WalMart doesn’t carry tires for “real” trucks with 18” tires.  DevFish’s theory here was that I washed my hands after wheeling the tire in and jinxed myself as to them not having the tires.  Of course this just fed the fire as to him giving me grief. 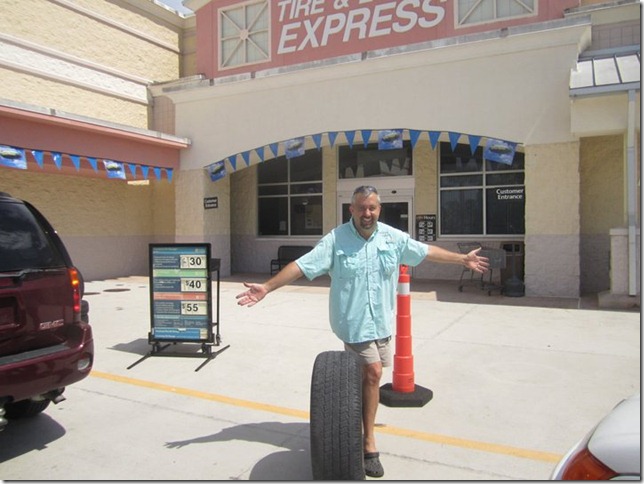 Revenge of the Truck

So after DevFish giving me non-stop crap for the past 1/2 hour, my truck decided to say ENOUGH and decided to come to my defense!  BOOM after walking around the back of my truck, Joe’s shin came into full contact with my bumper hitch… 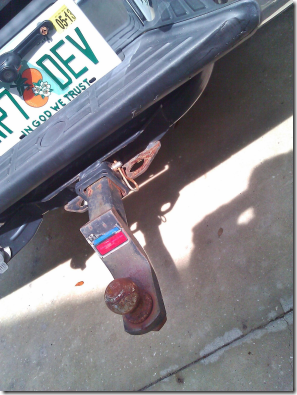 I was seriously torn, I’ve done this myself and I knew how much it hurt, I also knew how good it felt to have my truck stick up for me.

So, that was the end of my bad luck, I just had to pay Tires Choice $300 for the penalty of getting a flat tire.  You read that right, when it was all said and done $300 for a new tire…ouch!

So it was then time to start our meeting.  DevFish booted up his main laptop and guess what?  Smoke started rolling out of it!  Ok that might be a slight exaggeration but his hard drive had some serious problems and he couldn’t boot it up.  Then he went to his backup machine, but that didn’t have a Power Point viewer on it…so after about 30 minutes of everyone sitting around while Joe tried to get his demo going, he moved to my machine and things worked fine.  Karma strikes again!  I knew better then to give him grief over this since I needed to drive home the next day, had an important call around noon and didn’t want Karma striking me with another flat tire.

BTW – I did the Mango talk and a small demo of something VERY cool, I’ll be releasing soon, these went well.

The night ended well however enjoying a few pints of Guinness at a local pub.

I’m just worried about our next trip together where we are heading to Las Vegas before BUILD and driving across the desert to get to LA…wish us luck!