I know it’s been a while since my last status update, but my free time is getting ever so scarce.  I think I can see the light at the end of the tunnel though.  I’ve came a long way since my measly little STM8S103 with a tiny bit of RAM and ROM and I’ve settled on the mighty SMT32F405.  This chip runs at 168Mhz, has tons of RAM and ROM and even has an FPU so I’m no longer scared into using fixed point math everywhere.

This chip is so powerful, my ultimate goal is to lay in a NETMF layer on top of the native C code controlling the Quad Copter.  Also, least we forget the initial early versions that were Netduino GO! modules, this board will also act as a GO! module as well.  One that itself is programmable via NETMF.  So bottom line is my current hardware platform will support the following configurations:

This platform should provide a very interesting starting point to allow folks that don’t want to get in the mud of low level C and assembler programming the ability to highly customize the software.

In addition as you can see in the picture, I’ve came up with more options for telemetry.  This one uses a 900MHz radio to get get distance of 1KM+.  The other options available are WiFi, Bluetooth and XBee. 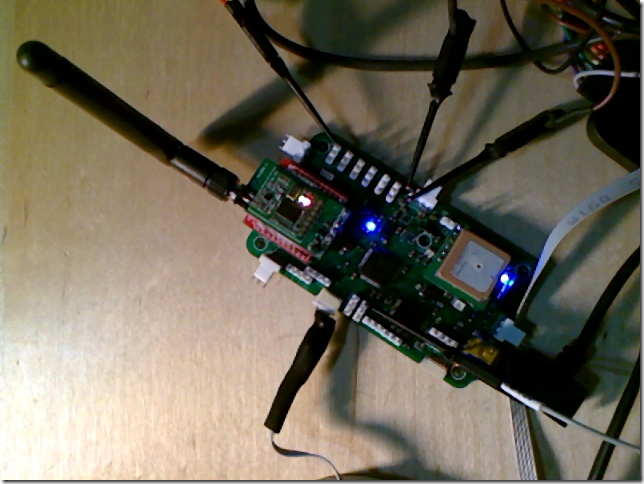 Some additional “cool” things I’ve added to this new firmware:

Anyway, time to stop writing about software and continue to writing the software.  I’ve got everything I need coded, now it’s just time to desk-check everything and see if this thing actually flies.